The very first step on the QFX5100 is to configure it to run
OVSDB and establish a communication channel to the
NSX controller. 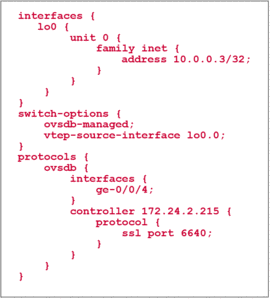 In the vSphere Web Client we go to „Network and Security“ => „Service Definitions“ => „Hardware Devices“ and click the green „+“ to add a new device.

A hardware switch is identified by a name and a certificate which needs to be entered as shown below: 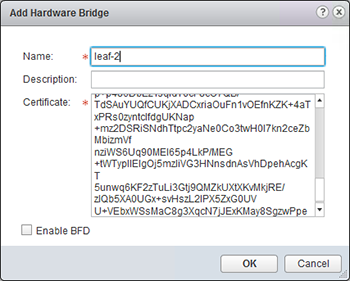 After adding the device, a new entry shows up in the vSphere Client showing that the session is established.

On the Juniper Switch we can verify the control-session with a simple command:

Within NSX, Virtual Networks (VNs) are referred to as logical switches.
In this case we have a logical switch called “VN 1” that we link to the
hardware device and the physical port that should be attached as shown below. 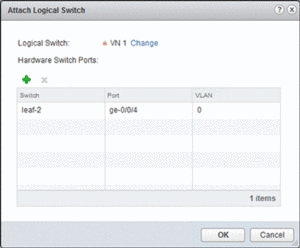 NSX will only show available ports that have been enabled for OVSDB, in our case ge-0/0/4.

After confirming the change, the following configuration will automatically
become active on the QFX5100 for an untagged port. 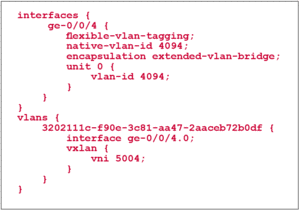 If a port is tagged with a VLAN-ID of 100 on the NSX controller,

the following configuration would be seen on the QFX5100: 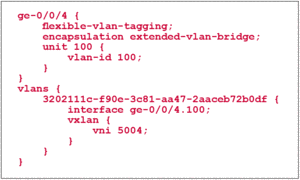 received via OVSDB from the NSX Controller. The name of the VLAN is actually the identifier of the logical switch in the NSX database. In order to check the status of the configured VXLAN the following command can be used.